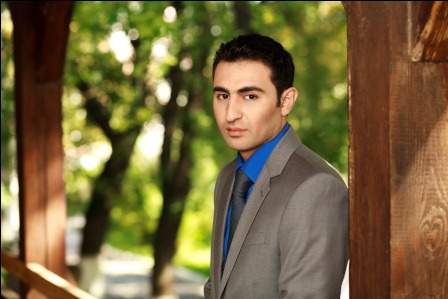 HAYAL ALEKPEROV is undoubtedly the most famous psychic in Western Asia and Eastern Europe. Not only did he win the International Psychic Challenge television show Battle of the Psychics in Ukraine (Season 7, War of the Worlds), but recently he also emerged as the winner of the anniversary season of the same show (Season 10, War of the Titans). Hayal was once again popular with the audience who chose him as the top psychic “titan”. Hayal is from the Republic of Azerbaijan in Eastern Europe and only works in person, not at a distance. He inherited his gift of clairvoyance from his ancestors and his psychic calling was first revealed to him in a dream at the age of 13 at his family home in Ganja in Azerbaijan. For more information visit his official website at Hayal.com.ua

I am often asked whether I can help everybody, who turns to me. Not everybody. Everything needs God’s blessing, since it is God who gives me the strength.— Hayal Alekperov